We have been growing for three years, and now we need to stabilise our company 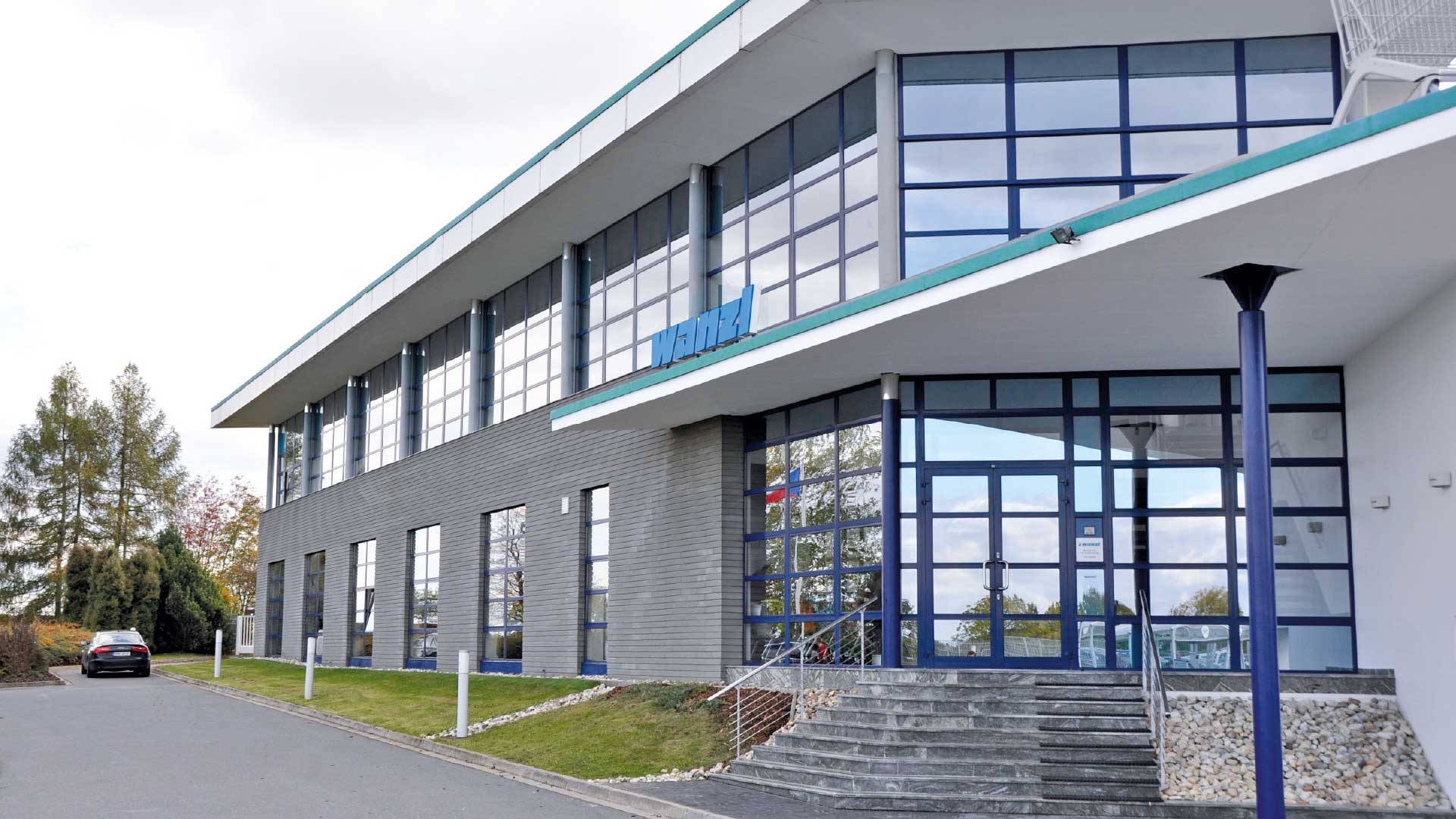 The company WANZL spol. s r.o. from Hněvotín has experienced three years of very dynamic growth. They have doubled the number of employees, which, in a situation where there are practically no free people on the labour market, was undoubtedly a tour de force. Currently, Wanzl awaits a phase of optimisation and rationalisation of the production process but also plans to strengthen the development department. Managing Director of the company, Roman Adami, provided us with more information.

When we say Wanzl what’s the first thing that should come to our minds?

Undoubtedly, cur company can be most characterised by shopping carts. They are the most visible products to our partners and customers of all the range we produce. A lot of people go shopping every day with a trolley, and they don't even know that the cart probably comes from Wanzl. We are the largest manufacturer of shopping trolleys in the world. We have a dominant market position in the Czech Republic, and the absolute majority of shopping carts in the Czech Republic come from us. Chains such as Penny, Lidl, Albert, Globus, or Tesco belong all among our partners buying our shopping trolleys.

What, besides shopping carts, belongs to your production?

Generally, we produce products for fields we call logistics and industry. Generally speaking, we provide metal wire containers that are used to transport goods. In this field, our most significant customer, from the long-term perspective, is the German Post and its subsidiary DHL, for which we have already produced a hundred thousand of containers for the transport of parcels. There are also industrial companies such as Hella in Mohelnice or Tatra Kopřivnice.

Please, tell us briefly about the history of the company.

The founder of the company, Rudolf Wanzl, came from the region of Olomouc. After World War II, he was among the Germans intended for deportation, and, thus, he founded his company in Germany. Today, the company has 5,000 employees and production facilities not only in Europe but also in China and the USA.

The Czech of the Wanzl company was established in 1991, so we will soon celebrate 30 years of existence. Since 1995, we have been based in Hněvotín in our own premises. The Wanzl company continued to develop in the Czech Republic, with production halls being added to the administration building, and, in 2006, even a galvanising facility was constructed. After 2015, we have experienced a swift growth because we have doubled the size of the company in terms of total area, production capacity, and number of employees, in the last three years. It’s not even dynamic growth, it's almost an explosion. Our plant in Hněvotín, thus, plays a vital role in the entire Group’s production strategy, and its importance within the Group continues to grow.

How did you manage to attract the necessary employees?

We have managed the very painstaking process of hiring new employees relatively well, mainly because of the strong core of our original employees. We have a large proportion of workers who have been employed with us for ten, fifteen, or even twenty years. The turnover of such workers in our company is very low, and, thus, we could rely on them in previous years. But it was challenging. In the last 14 months, we have recruited about 120 new employees, and the weight of their training has depended upon our loyal workers. From this place, I would like to express my gratitude to them for their commitment. I believe the most difficult part is over, and our current condition can be characterised as relatively stable.

What specifically did you offer the jobseekers?

We have tried to come up with several different approaches in that particular field. First, we increased wages relatively significantly. The proposed budget for salaries has grown considerably as we have annually added to wages more than 10 per cent over the past two years. We have a good reputation as an employer, provide a clean working environment and a pleasant working atmosphere. Last year, we built bus stops near the facility, which simplified the possibility of transport. We also made large car parks for those who drive. We also had a relatively high number of workers from abroad, especially from Ukraine, approximately fifty workers. I refer to a time when we employed, over a short period of time, over 600 employees. We set up a branch of our HR department in Ukraine and selected future employees there. I have to say that the cooperation with the authorities and the Foreign Police has worked and works very well.

What is the best feature of your product, and what is your competitive advantage?

Even though trolleys are not a hi-tech product, but the trick is in the engineering itself. A relatively simple product is designed and manufactured very cleverly. The magic is in detail; however, the manufacturing process is also essential. In recent years, we have invested hundreds of millions of Czech crowns in state-of-the-art technologies, such as laser cutting or fully robotic welding units. These are the reasons why we offer our customers high capacity, as well as extremely high quality. All our products are manufactured using the best available technology.

When you mention technologies, allow me to ask what role does automation play in your production?

Individual workplaces are mostly automated. We have several fully robotic workplaces where you really start with inserting the material, and a finished product comes out. However, it is necessary to realise that we offer an extensive range of products – we have thousands of variants. As one of the very few producers, we can offer our customers products ranging from one piece to tens of thousands of articles. We try to cover an extensive range of products, as far as quantity and number of variations are concerned, and, therefore, we simply do not need complete robotisation and automation, as the settings would have to be changed continuously. In our case, full automation would not even make economic sense. The exceptional competitiveness of our company relies on our ability to offer customised solutions, even in small quantities. But we can also deliver product series numbering several thousands of pieces in a very short time.

What are your visions for the future?

We have three areas where we want to apply our efforts. The first is the optimisation of processes that we have implemented after a period of dynamic growth, such as the balancing of the utilisation of production capacities in particular phases of the year. While we have a rather low capacity utilisation in spring, and October and November are very hectic. Between those periods, the disparity of capacity utilisation exceeds a factor of three. We try to compensate for these differences, for example, by pre-production and storage. We are introducing such an approach this year.

Furthermore, there is operational optimisation that leads to shorter delivery times, which, in turn, is appreciated by our customers. We also want to continue developing the design department – we plan to double it. We would also like to launch our own testing laboratory that would complement our prototype workshop. The third area we are working on is the expansion of our galvanising line. All these steps shall lead, in the long-term perspective, to the stabilisation of our facility in Hněvotín.