Who backs up Trikolora 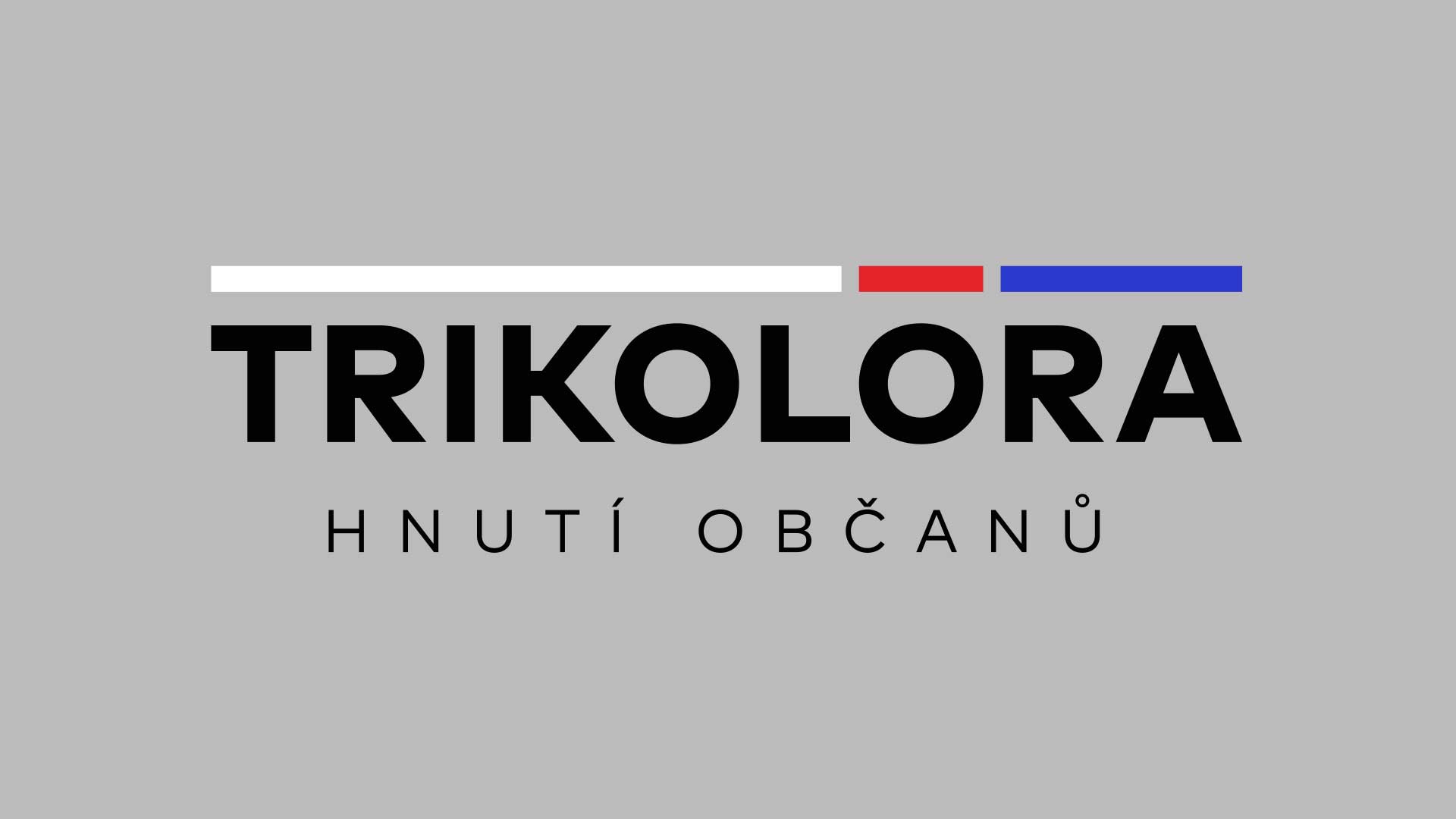 The Trikolóra movement, with its emphasis on tradition, nation, family, work and respect for order on the one hand and free market and low taxes on the other, seems to be a political group that promises the rich to become even richer and the others at least an illusion of solid ground under their feet in today's confusing and unstable world. However, in order to get the votes of voters, besides ideas, money for political advertising is also needed, and in this context, there is always a risk of linking politics with business. Some moments in the brief history of the Trikolóra movement are worth the attention in this respect.

Trikolóra, the Citizens' Movement (Trikolóra hnutí občanů), abbreviated as Trikolóra, is a political movement founded in June 2019 by Václav Klaus junior. He became its first chairman at the end of September 2019. Zuzana Majerová Zahradníková, the Member of the Chamber of Deputies, and Jan Tesař, an entrepreneur from Jihlava were elected the Vice-chairmen.

“The time has come to return the republic to people who work, pay taxes, raise children ... The time has come to take our country back,” the founder of the movement declares on the movement's website. The program of the movement is based on the defence of national democracy and the "normal world" and on the fact that work should be the source of wealth. Among others, the program was prepared by economists Markéta Šichtařová and Miroslav Ševčík, the chairman of the National Council of People with Disabilities ČeR Václav Krása, the President of the Agrarian Chamber of the Czech Republic Zdeněk Jandejsek or the former Prime Minister and President Václav Klaus.

The program theses respect the basic ideas of neoliberalism, such as reducing state participation in its management, minimizing bureaucratic activity, free market, tax cuts and reducing government spending  in exchange for strengthening the role of the private sector in both the economy and society at large. Like the neoliberal ideology, the Trikolóra program emphasizes individualism, responsibility and individual autonomy. Trikolóra  also relies on the ideas of neoconservatism, i.e. the defence of traditional values, and on cultural conservatism, which accentuates the preservation of traditional national culture, and therefore opposes mass immigration. In this context, Klaus junior expressed his admiration for the Hungarian Prime Minister Viktor Orbán, irrespective of his authoritarian government, which silenced the media and divided the state.

A certain particularity of the Trikolóra movement is its disapproval of state support for socially liberal non-profit organizations and a very critical attitude towards the Green Agreement for Europe by Ursula von der Leyen, accepted by the European Commission. The movement claims that this project impoverishes the Czech Republic. Most European governments and multinationals support the Green Agreement. Trikolóra spreads the belief that something can be changed, or “the green madness” can be stopped. This is populism because it cannot be changed.

In summary, the Trikolóra movement supports the capable, healthy and enterprising ones, if they are rooted and tied to Czech society by its traditional relationships, customs as well as written and unwritten rules outside the Czech market. That is, if they are proper citizens as it was understood in the last century.

As for Trikolóra's adherence to neoliberalism, Joseph E. Stiglitz, Nobel laureate in economics, claims that after 40 years of domination of this now outdated economic theory, growth has slowed, and the vast majority of its fruits were harvested by a handful of the richest ones. As wages stagnated and the stock market experienced sharp growth, income and wealth have accumulated to the highest rungs, instead of leaking down.

On the border of electability

According to the STEM election model, which was compiled on the basis of a survey of current election preferences and ran from 21 January to 6 February 2020, the Trikolóra movement would gain 4.8 percent, which is on the border of joining the Chamber of Deputies of the Czech Republic. 1062 respondents over 18 years of age participated in the survey; they were selected on the basis of quotas to make the sample representative.

In addition to the interview by Václav Klaus junior on TV Barrandov and the interview of the author of the macroeconomic program of Trikolóra, Markéta Šichtařová, the media pay little attention to the movement. The internet portal Parlamentní listy is an exception. It is published by the Our Media media group, in which Senator Ivo Valenta acquired a stake  through WCV World Capital Ventures Cyprus Limited in 2015, which amounted to seventy percent in January 2019. Valenta is the owner of the Synot gaming industry group, known as the Czech “gambling king” and is one of the thirty richest Czechs with an estimated wealth of over five billion crowns.

At the end of last year, Martin Svoboda from the Citizens Against Gambling Association (Občané proti hazardu) accused Václav Klaus junior and Zuzana Majerová Zahradníková, now a Member the Trikolóra movement,  for having been bribed by the gambling lobby not to vote for an increase in the income tax rate for slot machine operators from 35 to 38 percent. Svoboda proceeded from the fact that on November 11, 2019, Trikolóra received half a million crowns from Valenta in its transparent account. “The most noticeable person in lobbying for the interests of slot machine operators was Ivo Valenta, the owner of the slot giant . But Marek Dospiva from Penta was not left behind either,” Svoboda said.

Marek Dospiva is a co-owner of the Central European investment group Penta Investments, which operates in the areas of healthcare, financial services, retail, manufacturing, media and real estate development, and its assets are estimated at CZK 23 billion. The Fortuna betting company is also a valuable asset of the Penta Investments Group. Fortuna Entertainment Group is the largest Central European odds betting operator. The second co-owner of the Penta Investments group is Jaroslav Haščák, in Slovakia compromised by hidden contacts with politicians and ministers of the government of Mikuláš Dzurinda. Eavesdropping is part of the Gorilla scandal. In addition, Haščák had to go to court, to explain his relationship to the entrepreneur Marian Kočner, accused of organizing the murder of journalist Ján Kuciak and his fiancée Martina Kušnírová.

Since 2015, the Penta Investments Group has also been the owner of Vltava Labe Media, which publishes 70 regional versions of Deník newspaper and 70 regional weeklies. In addition, this publishing house also publishes 16 magazines and their web portfolio is visited by over 2 million readers.

The HlídacíPes.org website noticed that for the second time in a few months, unmarked advertising of the Trikolóra movement appeared in the regional Dailies of Vltava Labe Media. In both cases, Deník acknowledged that they mislabelled the commercial text. An article was published in an attachment to the Extra Pelhřimovský daily newspaper, which was published on 18 January this year, which informed readers about the election preferences of Trikolóra and reported on the activities of its local organization in Pelhřimov. Last autumn, an interview with Václav Klaus junior was published in the Chomutov daily. The newspaper pretended again that it is an ordinary interview, although the questions aimed at the politician were remarkably friendly.

This February, Václav Klaus Jr., together with Zuzana Majerová Zahradníková submitted a proposal in the Chamber of Deputies of the Czech Republic that the limit for the campaign before the elections to the Lower House of Parliament should be increased to 200 million crowns. Now the parties can spend a maximum of 90 million crowns before the elections to the House. This legislative amendment should have included the abolition of the three-million yearly limit for donations from companies and the requirement that political parties should be funded only from the Czech Republic, without restrictions. However, the Chamber of Deputies of the Czech Republic did not accept this proposal.

Program pillars probably only on paper

Orbán sent a salute to the constituent assembly of the Trikolóra movement. It was a greeting from a politician who, according to the Financial Times, is building an elite of the new Hungarian oligarchs for European money. These include Orbán's son-in-law István Tiborcz, one of four entrepreneurs who won five percent of all public contracts in Hungary between 2010 and 2016. The European Anti-Fraud Office (OLAF) has recommended the European Commission to ask € 40 million from Hungary, for which Tiborcz has modernized public lighting in Hungarian municipalities with the help of Euro funds. OLAF found out that the municipalities were represented in the tenders by a co-owner of Tiborcz's firm. Orbán's salute should be an unpleasant faux pas for Trikolóra, whose program pillars include the fight against corruption and "combating an organized group stealing billions". But it is not. Therefore, Trikolóra should be paid attention.