Expert in the field of car locking systems 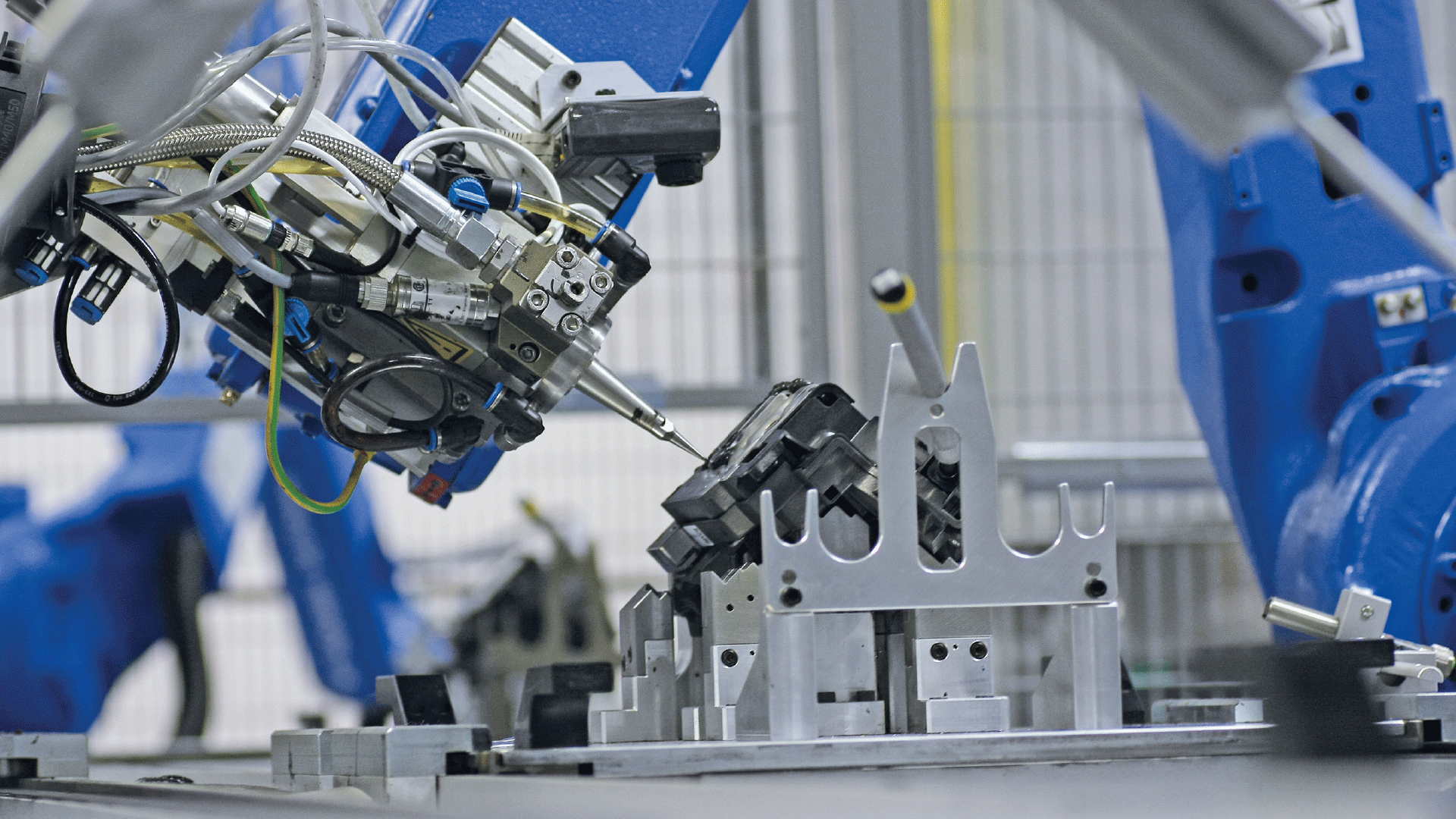 Last year, the plant KIEKERT-CS, s.r.o. in Přelouč celebrated 25 years since the start of its operation. In his interview for Reportáže z průmyslu (Industry Reports), Petr Kuchyňa, Production Director of the company, has evaluated a quarter of a century of successful operation of the company in the Czech Republic. “We started as a small company with tens of employees and have become the largest employer in the region, currently employing 2800 employees,” he says and continues: “We have doubled our annual production over the past six years and become the largest manufacturer of car locking systems in the world.”

The year 2018 was marked by the anniversary of 25 years of your company’s operations on the Czech market. How would you recapitulate this period? What went well and what do you want to achieve in the following period?

The past twenty-five years have been marked by enormous growth. If we produced 24 million locking systems in 2012, the number has increased to more than 48 million in the last year. This means that over the past six years, we have managed to double our annual production and are become the largest manufacturer of car locking systems in the world.

However, let's start from the beginning. Kiekert was founded in Přelouč on June 1st, 1993. At the time of its foundation, it was a simple assembly company with a few dozen employees for which the parent company Kiekert-AG purchased the components. After completing the locks, the final products were sent back to Germany and from there to the end customers. The initial employees consisted mainly of workers who riveted the locks manually. The initial period of the company was successful, and, thus, the following years witnessed the relocation of other lines from the parent company in Germany to Přelouč. But it was still just the production, the actual development of lines, let alone new locking systems at that time, of course, did not exist in Přelouč.

In the new millennium, our significance across the Group began to grow. In 2001, our company employed its first employees in the development department. By that time, thousands of employees had been working in our plant in Přelouč.

Another important milestone was the year 2006 when a new production hall was built. We were able to increase our production and storage capacities significantly. Since this year we have already bought all our production components ourselves, and a year later, we started selling the finished products directly to our customers.

Four years ago, the production hall B was constructed, which meant another significant expansion of our production areas. At the same time, building A was put into operation and became the centre of our administration. Meanwhile, all divisions of our company have gone through enormous development, ranging from our development department, modern production to logistics.

You have recently added a new production hall to the already existing four buildings. When will it be operational and what will you produce there?

I would like to set the construction of new production areas into perspective. In Kiekert, we have been trying for a long time to optimise the use of production and warehouse areas. To make our production more efficient and reduce the amount of material in the production halls, we introduced a new production planning system in 2018, and the subsequent automatic generation of requests for commissioning the stored materials. Then we changed the layout of all production areas and introduced an automated storage system. Although all these measures brought savings of several thousand square meters, we had to proceed with the construction of additional production facilities.

The new hall has already been approved for operation. We had planned the individual steps - when the hall was completed and when we could move new technologies there – not in the horizons of months or weeks, but literally day after day. The new hall, including its connection to the existing buildings, was constructed in record time. Its construction started at the end of March 2018, the building was approved for operation on November 2nd, and on November 14th, we already had a customer audit in running mass production.

Our predominant product is the locking systems for side doors, and these shall also be produced in the new hall. In addition, we will produce entirely new systems, such as the front hood (bonnet) lock. This lock is unique because it not only keeps the engine hood closed but also provides active pedestrian protection when colliding with the vehicle. The lock directly includes a pyro-cartridge, which lifts the hood in a collision with a pedestrian to minimise the impact as much as possible. Another new product from this hall shall be used in electric vehicles. When charging the batteries, the charging cable must be secured against unintentional disconnection. And we are currently finishing a new production line that focuses on such “locks”.

Recruitment of new employees is closely related to the expansion of operations. How many workers do you plan to employ? Will you search for them abroad?

The situation on the local labour market is unfavourable in the long term, and we have shortages of the labour force in almost all positions. Thus, quite logically, we look for new workers beyond the borders of the Czech Republic. Yet, in our current recruitment campaigns, we try to focus on our region. In the field of development and production processes, we need a variety of employees ranging from technicians and structural engineers, logistics agents to line production workers. It is a big challenge. As the proportion of robotisation of production lines increases every year, our requirements also change. For example, even for the position of a serviceman, we need a person who is a good technician with a professional competence license under Decree No. 50 but also understands machine programming. And such workers are in high demand across the entire industry. However, the good professional reputation of our company still enables us to obtain and employ high-quality workers.

However, we focus not only on recruiting new staff but also on keeping and even “pampering” our existing workers. In addition to the annual increase in wages, we offer them a large number of benefits and corporate events, such as a suburban camp for children called Kiekertek, children’s day or Christmas workshops. It was my great pleasure that during the 25th anniversary of Kiekert in Přelouč, we were able to organise a festive lunch for employees who have been working in the company since its foundation. A quarter of a century ago, our company employed 63 employees, of whom 24 are still working today. I also think that this also tells us something.

Will you further expand your facility in Přelouč? Do you plan to invest in its modernisation in the near future?

As we continuously expand our development department in Přelouč, the need for effective testing of our products is growing, both in the course of the development phase and in the implementation of design changes during the mass production. One of the main investments for 2019 is, therefore, the reconstruction of one of the already standing halls and its transformation into a modern testing centre.

Thus, in addition to a state-of-the-art laboratory intended primarily for the control of the initial elements and the acoustic laboratory for measuring the sound level of the locking systems, as well as the entire vehicles, we acquire further possibilities for thorough analyses and testing that would otherwise have to be conducted in our parent company in Germany. We expect that the first testing equipment with its purchase price reaching millions of Czech crowns shall be delivered in the first quarter of this year.

What is the current trend in car locking systems?

n the sphere of side door locking systems, there are currently two major trends: decreasing its weight and increasing of electronics use. Thanks to electronics, the locking systems work differently than before. Just a few years ago, the driver came to the car, pulled the handle, and to open the door he had to overcome the resistance of all the springs and mechanisms. Today, there are several electric motors in the lock that control it and do all the mechanical work for you. If you think of it, such a shift in development is really marvellous.

One of the most recent innovations we use in our locks is the Active Inertia system. In the event of an accident, all segments of the lock are under enormous pressure and forces that have yet to be compensated for by means of a weight located within the door. The Active Inertia system enables us to reduce the entire device and implement everything that is needed directly into the lock. When an impact occurs, the lock gets blocked and cannot be opened. However, once the forces are over, the lock works normally, as if nothing has happened, that is, it can be opened. This certainly provides a significant benefit in terms of security, but it is also a more economical solution with a lighter construction.

What are your plans and goals for this year?

This year we plan to further enlarge the production. Notably, its first quarter is dominated by the completion of new production lines. By the end of March, we want to start production on four new lines with an annual capacity exceeding five million locking systems. Great emphasis shall also be placed on increasing the efficiency of the entire plant. We try to utilise digitisation and automation processes as much as possible whether in the sphere of logistics flow of initial materials and finished products or the manufacturing process.